Did you know one in 25 adults in the US alone experiences a severe mental illness in a given year? On a global scale, these mental health facts are staggering.

Mental health significantly impacts our psychological and emotional wellbeing. As mental illnesses are becoming more common it helps to know the most important mental health facts.

Taking a Look at the Mental Health Facts

Mental Health Fact: Employees often try to cope with job stress using caffeine (31% of the time) and smoking (27% of the time). Some also handle job stress by exercising (25%), followed by medications (23%) and alcohol (20%). 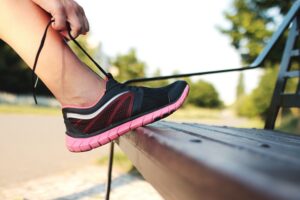 Out of these coping mechanisms, the only physical workout is considered a healthy method. Prescribed medications may also help up to some extent. But, other methods such as smoking, caffeine, and alcohol intake are not advised.

Fact: Nearly 8% of adults experience major depression at least once in their lives.

When you suffer from major depression, it becomes hard to get out of bed every morning. Nothing feels good, and the future seems obscure. In the worst case, you may experience suicidal thoughts.

Major depression can ruin your lives, your business, and your families. So, take note if you or anyone around you suffers from depression.

Fact: Statistics reveal that nearly 1% of the USA population suffers from schizophrenia.

Schizophrenia can be a serious chronic disease. About 1% of the world’s population suffers from schizophrenia, and nearly 1.2% of Americans have this disorder. Schizophrenia affects men more than women and is common among those living in urban areas.

Fact: Young people who belong to the LGBTQ+ community have 2.5x more chances to experience depression or anxiety.

According to researchers from Oxford University, mental illnesses take a long-term toll on the sufferer’s life. Depression, anxiety, or even suicide, coupled with other mental illnesses may shorten the lifespan in comparison to the average life expectancy.

In this disorder, the person may look to have two personalities. They may act like a different person in different circumstances. If overlooked or left untreated, it can lead to pain and suffering for the patient, family, friends, and even coworkers.

Mental illnesses are becoming quite common worldwide due to unhealthy lifestyles. With proper treatment and support, it is possible to get rid of these problems and attain sound mental well-being. If you think you or a loved one may be experiencing symptoms of these or any other mental illness, consult a psychiatrist as soon as you can by making an appointment.