What are Dr. Paul’s Certifications and Training in Treatment with Psychedelic Medication?

Dr. Paul is a 2022 graduate of the California Institute of Integral Studies (CIIS) in a certificate in Psychedelic-Assisted Therapies and Research (PRATI).  He has also completed an intensive training in ketamine assisted psychotherapy with the PRATI institute of Colorado.  Dr. Paul has also completed MAPS training level 1 and 2 in MDMA assisted psychotherapy to treat PTSD. Dr. Paul is a clinical preceptor for APRN at the Nova Southeastern University and clinical preceptor for the University of Florida APRN program.

What is Ketamine Assisted Psychotherapy?

Ketamine-assisted psychotherapy (KAP) is a form of therapy in which a patient is given a low dose of the drug ketamine under the guidance of a trained therapist. The goal of the therapy is to help the patient access deeper levels of consciousness and overcome conditions such as treatment-resistant depression, PTSD, OCD, anxiety and addiction.  Most studies involve adults, however, older adolescents have been shown to benefit in small case studies. With closer consideration, adolescents can be considered for KAP therapy.  The therapist will typically guide the patient through the experience, helping them to process and integrate any insights or emotions that arise during the session. 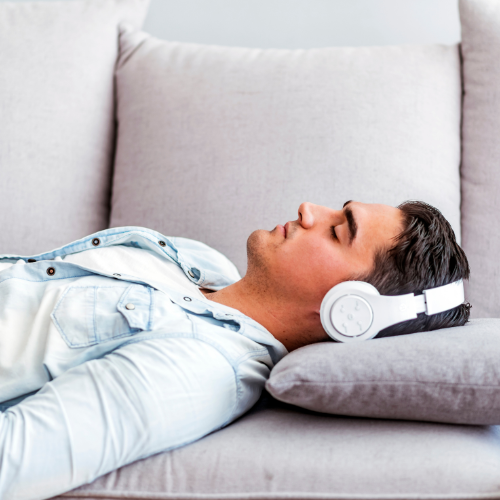 How does Ketamine Work?

What is Neuroplasticity and how does Ketamine Affect it?

Ketamine is an anesthetic and dissociative drug that has been shown to increase neuroplasticity, which is the ability of the brain to change and adapt in response to new experiences.

Research has shown that ketamine can increase the formation of new neural connections and promote the growth of new neurons (a process called neurogenesis) in certain regions of the brain, such as the hippocampus. This process of neuroplasticity is thought to be one of the mechanisms by which ketamine can produce rapid and sustained antidepressant effects.

Additionally, ketamine has been shown to increase the levels of certain brain-derived neurotrophic factor (BDNF), which is a protein that helps to promote the growth and survival of neurons. BDNF plays a critical role in neuroplasticity, including the formation of new neural connections.

What is the Default Mode Network and how is it involved with Depression?

Research has shown that the DMN is overactive in individuals with depression, particularly in the medial prefrontal cortex (mPFC) and the posterior cingulate cortex (PCC). This overactivity is thought to contribute to the negative self-referential thoughts and rumination that are commonly associated with depression. Additionally, this overactivity may also lead to a decrease in activity in other brain regions that are important for regulating emotions, such as the amygdala and the ventral striatum. This decrease in activity in these regions may lead to an overall reduction in the ability to experience pleasure and positive emotions.

What Evidence supports Ketamine in Depression?

One of the earliest studies on ketamine as a treatment for depression was a 2000 study published in the journal Biological Psychiatry which found that a single dose of ketamine led to a rapid and robust reduction in symptoms of depression in individuals with treatment-resistant depression.

Since then, many studies have been conducted, both in animals and in humans, that support the antidepressant effects of ketamine. A meta-analysis of 18 randomized controlled trials of ketamine as a treatment for depression found that ketamine had a large and statistically significant effect in reducing symptoms of depression. Another meta-analysis of 13 randomized controlled trials found that a single dose of ketamine produced a rapid and robust reduction in symptoms of depression that was sustained for up to 7 days.

Additionally, studies have also shown that ketamine can have fast-acting effects and have benefits for patients who failed to respond to other antidepressant treatments.

It is important to note that, while the evidence for ketamine is very promising, it is still considered as an off-label use for depression treatment.

Contraindications to (people who should NOT use) Ketamine Treatment include:

Side Effects of Ketamine

Low dose Ketamine can cause a variety of side effects most of which are mild and transient. The most common side effects of ketamine include:

Other potential and much more rare side effects can include:

A treatment protocol for using ketamine to treat depression  involves administering a low dose of the drug, either by intermuscular injection (IM) or orally , under the supervision of a licensed healthcare professional. The protocol may vary depending on the severity of symptoms and a typical protocol may include the following steps:

What is the Cost for Ketamine Treatment?

A 50 min medical evaluation by Dr. Paul is $400 which includes a prescription of oral ketamine to last a treatment cycle of 6-8 KAP sessions.  Follow up sessions for ketamine with the physician are $200.  Medication sessions take place in Dr. Paul’s office under medical supervision and last 2-3 hrs.   The cost of an 120 min IM (injection of ketamine) session is $500 and the cost of an 120 min oral session is $450.  Click to book your intake today.