Marijuana has many positive (and negative) effects, leaving many wondering, is marijuana addictive?

The short answer is: The majority of marijuana users do not develop marijuana addictions. However, it does happen and some smokers develop the symptoms of an actual addiction.

Medical Marijuana has been on the rise over the past few years as we learn of the positive effects in people who use marijuana.

CBD (cannabidiol) is the least controversial way to use it, as if it has little, if any “high” properties. CBD can be used or prescribed for combating insomnia, anxiety, spasticity and pain.

Typically, medical marijuana is prescribed for pain relief. While it is too weak to really treat chronic pain, it has been found to help manage mild to mediocre pain. It has also been found to be a muscle relaxer in help for those with Parkinson’s disease.

Marijuana has also been found to help cancer and terminally or chronically ill patient manage nausea, and encourage weight gain.

We are still learning about the positive effects of marijuana and how we can properly use and prescribe marijuana as a treatment for different diseases such as PTSD and other mental disorders. 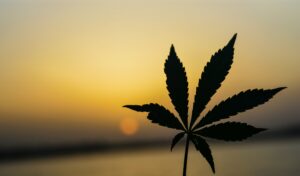 Most people do not become addicted to weed, nor do they lose control when using it. Usually, users would take the amount they want to use at times they want to. When using marijuana, one would always receive the same results expected and intended to get.

There are marijuana users that can exhibit classic behaviors and symptoms of those who suffer from addiction.

Those who begin smoking cannabis before 18 years old are 4-7 times more likely to develop an addiction or disorder. Researchers have estimated that up to 4 million people in the USA met the criteria for cannabis-use disorder in 2015.

Another contributing factor to marijuana addiction may be due to the higher potencies of marijuana today. In the 1990s, confiscated weed would comprise 3.7% THC, compared to 9.6% found in typical amounts in the United States today.

Genetic makeup, nurturing and environmental factors can make some more susceptible to addiction. Mental health conditions may also increase the chance of developing a marijuana addiction.

In terms of cannabis addiction, you have to know the difference between abuse and dependence.

Abuse is when one continues to use the drug even when it’s causing problems. This might include poor academic/work performance, getting arrested, or losing jobs.

Marijuana dependence is accompanied by an increased tolerance to the substance, needing even larger amounts. If stopped, then one will experience withdrawal symptoms. However, most marijuana smokers won’t experience any tolerance or withdrawal.

If one isn’t chemically or physically dependent on the substance, some users may develop a psychological dependence on marijuana.

As for those who are addicted to marijuana, they likely have cannabis-use disorder. They would also show symptoms of addiction, including:

It’s never too late to get help, so consult a psychiatrist to learn more on evaluating and addressing safe Marijuana use.