Aspergers Symptoms – What you Should Know

The term Asperger’s Syndrome is a type of neurological disorder, which is also called by other names such as High Functioning Autism, or Autism Spectrum Disorder. It directly affects different aspects of a person’s character, like their use of language, social interaction patterns, their behavior, and communication methods. It is now considered a specific form of autism spectrum disorder, and Aspergers symptoms are subtly different from those of other mental health conditions. 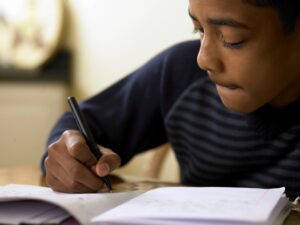 Symptoms of Asperger’s Syndrome that you may notice:

Obsession with specific topics is an Asperger symptom

Persons with Asperger’s get attached to specific topics or items like computer games, trains, cars, or even vacuum cleaners. These items or topics might not interest others, but they are obsessed with them. These obsessions are intense and sustained that refuse to subside even if you temporarily redirect the person.

People with Autism and Asperger’s syndrome will keep going back to the items and will make it the centerfold of their discussion. No amount of effort to change the topic can persuade them to do so. Repetitive behaviors are also commonly seen.

On paper, language development, indicated by their test scores, may appear to be healthy. However, on the contrary, their communication skills may not. People with Aspergers symptoms often end up communicating in less effective ways than neurotypical people.

When they are in a group, they might speak about things that are not part of the discussion and eventually be left out of the flow of conversation. Usually, children with the aspergers symptoms will change subjects out of the blue to steer the conversations back to their topic of interest.

The changes of tonality is also a sign here. They might be shouting out loud, then being almost inaudible to finally taking up a dramatic tone, in a matter of minutes.

The social symptoms develop at an early age but are not easy to understand. The average age of diagnosis for the disease is around 11 years, but is being diagnosed more and more early with schools and parents being more aware of aspergers symptoms. Initially, the patient shows a lack of any social awareness and is not affected by the changes in the surroundings.

As they grow up, they lose interest in making friends or socializing in general. They might come across nervous, aloof, or indifferent as avoiding eye contact can be another symptom of Asperger’s. People with the disorder can show a lack of interpersonal boundaries as well.

In addition, intense feelings of anxiety and resistance to change can be alarming. Disruptive behavior disorders can also be symptom of people suffering from Asperger’s. Lastly, ADHD can either be misdiagnosed or occur together with Asperger symptoms as well.

There are many behavioral therapies and options available to help children and adults with Autism spectrum disorders.